Webinar | The U.S. Turns a Blind Eye to the Plight of Christians in India

Persecuted for Christ!
This may be the most dangerous time in history to be Christian

At least 327 million Christians face persecution according to Aid to the Church in Need (ACN), which released its biannual report on Religious Freedom in the World in November, 2018, which results in 1 out of 7 people facing oppression that live a country of persecution. Seven percent of the world’s 2.3 billion Christians estimated by Pew Research Center in 2015. 260 million Christians in the top 50 countries on Open Doors USA’s 2020 World Watch List experience high levels of persecution (i.e.: torture, rape, sex-slavery, forced conversion, murder and genocide), an increase of six percent from 2019. Sixty percent of those enduring persecution are children; women and girls are most violated.

Open Doors estimates 1 in 9 of the world’s Christians experience high levels of persecution in the top 50 countries where it is most dangerous to be a Christian. In the top 50 persecuted countries this past year, 2,983 Christians killed for their faith, 9,488 churches and other Christian buildings were attacked, and 3,711 believers detained without trial, arrested, sentenced or imprisoned.

Drivers of persecution include: religious nationalism, in places like India and Burma; authoritarian regimes like China and North Korea; lawlessness and secularism. For at least 68% of Christians being persecuted, the driving factor is adherence to Sharia – authoritative Islam’s brutally repressive and supremacist Islamic law. This is true in 11 of the top 15 countries on the Open Door’s list.

Of the communities persecuted for their faith, Christians are the most oppressed. The U.S. State Department office of International Religious Freedom reports that “a majority of the global population (83%) lives in places with “high” or “very high” religious restrictions, mostly targeting religious minorities.” ACN reports a half billion people worldwide are persecuted for their faith and of those, 65 percent (327 million) are Christians. The U.K. reports in 2019 that 1/3 of the world’s believers are persecuted-80 percent are Christian. Pew Research reports in June 2018 that Christians experienced harassment for their faith in 144 countries—a record number—and an increase of 34 percent from 107 in 2007. Gordon-Conwell’s Center for the Study of Global Christianity’s annual report on the persecution of Christians say nearly 1 million Christians were martyred from 2005 to 2015. More Christians have died for their faith over the last 100 years than in all prior centuries since Jesus’ time combined.  Global Strategic Alliance reports the universal persecuted church had more than 26 million documented cases of martyrdom in the 20th century alone, more than in the previous 1,900 years combined. 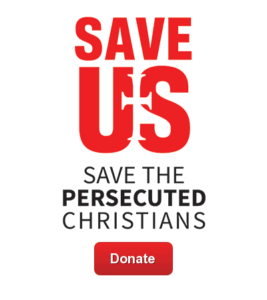