Save lives, Save souls

With targeted awareness-raising campaigns, educational events, media appearances and other community outreach initiatives, Save the Persecuted Christians is building a movement to save lives and save souls.

Save the Persecuted Christians is determined to expose the hard-facts and causes of anti-Christian violence in a record number of countries worldwide. It is our hope that, as we work to save lives of suffering Christians, we may also save souls by providing strong incentives for bad actors to embrace peace, repent of their violent misdeeds, and look with kindness on their neighbors. It is also our hope that the testimonies of faith, born amid adversity and shared by those who are persecuted, will inspire and help strengthen the faith of believers here in the West.

We can alleviate suffering and save lives by fostering relationships and supporting public servants, government agencies, individuals and organizations who report on instances of persecution and assist those harmed for their faith in Jesus. We seek as well to discourage — and ultimately stop — those who perpetrate or enable abuse of Christians. We will ignite an irresistible grassroots movement to hold the persecutors accountable and to secure significant political, economic and other penalties on state and non-state persecutors of Christians.

The Coalition establishes a broad-based foundation, one that unites American Christians and people of goodwill, including concerned Jews and others. Since its launch, the Coalition has conducted targeted outreach to U.S. Evangelicals, Catholics, Anglicans, Lutherans, Methodists, Baptists, non-denominational Christians and Jews. This alliance of human rights, media and faith leaders provides leadership for Save the Persecuted Christians via our Advisory Board that meets weekly to strategize and discuss current events. Working together, we mobilize the grassroots to engage public officials and spread news of persecution. All of our Coalition partners benefit from the increased awareness of anti-Christian persecution and the initiatives of Save the Persecuted Christians.

Save the Persecuted Christians is igniting the SaveUs Movement — an irresistible grassroots force of the people in the pews — to advocate for the world’s Christians, educate Americans about their plight and demand real costs be imposed on those who perpetrate these crimes against humanity. Grassroots organizations play an important social and political role. They serve as a burr-under- the-saddle of political elites. The combined voice of the grassroots empowers individuals to engage with government and private sector stakeholders. For their part, government leaders are often moved to action when “rank-and-file” ordinary people mobilize themselves into a formidable force. 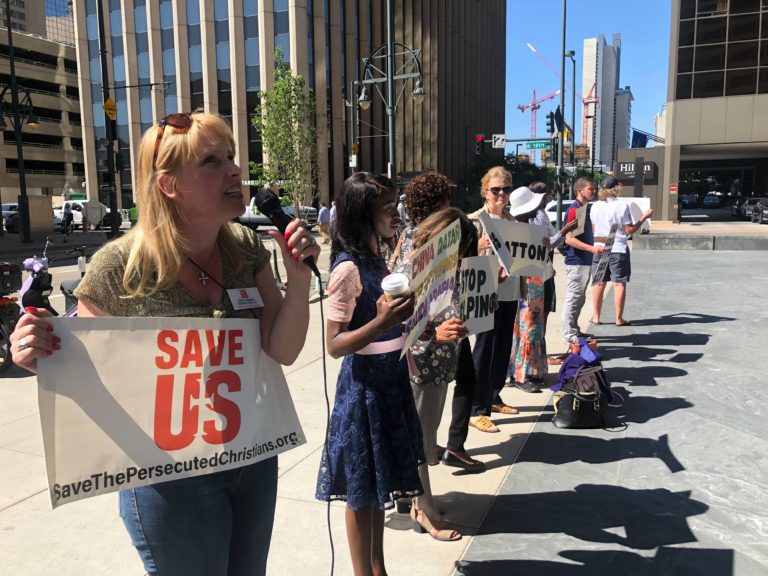 “Why is the world silent while Christians are being slaughtered? Good people must join together and stop this…It’s not as if we are powerless. I write this as a citizen of the strongest military power on earth. I write this as a Jewish leader who cares about my Christian brothers and sisters. The Jewish people understand all to well what can happen when the world is silent. This campaign of death must be stopped.”